Lewis Leval - Paint The Roses Red $14.00
Back to products
Next product

Buffett. The Making of an American Capitalist by Roger Lowenstein $25.00

2nd Aikido Friendship Demostration DVD 2 is digital courses, ebook, digital audio and DVD… not physical product. We will sent a download link lifetime to your email order. Or you can update your courses at “My Downloads“ 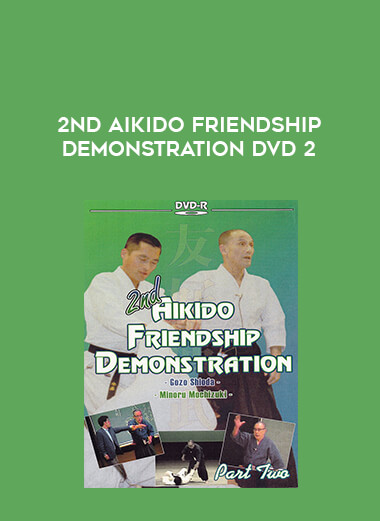 The second DVD of a digital mastering of one of the most exciting aikido demonstrations ever held. Part two contains lecture demonstrations by Gozo Shioda and Minoru Mochizuki from the 2nd Aikido Friendship Demonstration held in Tokyo in 1986.

Gozo Shioda was a prewar student of Aikido Founder Morihei Ueshiba. In the early 1950s, he established the Yoshinkan Aikido organization which contributed greatly to the early popularity of aikido. Author of numerous books and videos on aikido, Shioda is one of the most highly regarded figures in aikido history.

Each informative and inspiring demonstration covers the most important aspects of each teacher’s interpretation of their art. The entire program features a complete English voiceover of the Japanese commentary. These performances will provide you with many valuable insights to accelerate your progress in aikido training.