Brandon Hays and Brian Anderson - The Hays Method $72.00
Back to products
Next product

Alan Orr – NHB Wing Chun 01: Extreme Old School Boxing 1 is digital courses, ebook, digital audio and DVD… not physical product. We will sent a download link lifetime to your email order. Or you can update your courses at “My Downloads“ 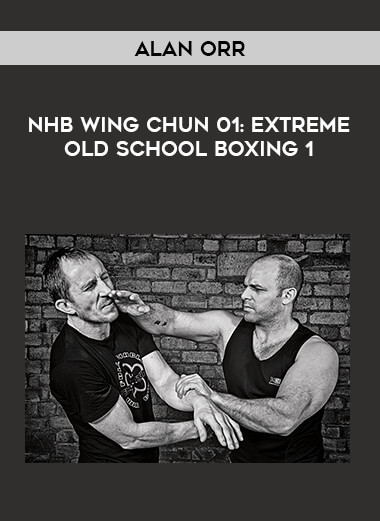 Top fighters like Neil ‘The Berserker’ Broadbent (Amateur National NHB
Lightweight Champion and now NHB pro fighter) and Aaron Baum (Amateur
National NHB Middleweight Runner Up and now NHB pro fighter) have shown
how applying these techniques in your training will take your skill in
Wing Chun and combat to the next level. Both these guys have finished
opponents with body shots!