Simpler Options - Beginners Guide to Trading Calendars for Income $55.00
Back to products
Next product

Antony Hitman Brown – Bag and Pad Work Punches, elbows, knees and kicks Vol.3 is digital courses, ebook, digital audio and DVD… not physical product. We will sent a download link lifetime to your email order. Or you can update your courses at “My Downloads“ 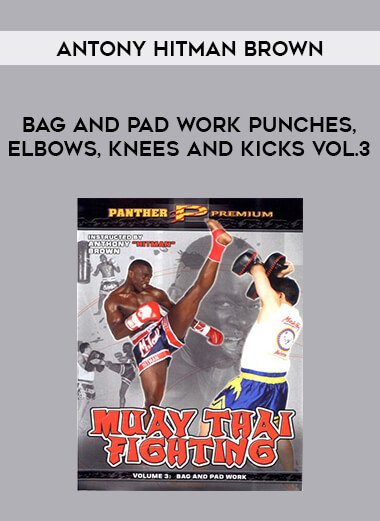 An expert Muay Thai Kickboxer, Anthony Brown has studied for the past seven years under the instruction of Master Toddy, Master Chan and Master Lookchang.He currently fights professionally and is the Bare Knuckle Champion of Thailand in the cruiser weight division.Four Volume titles to choose from.
Volume 3: Bag and Pad Work Punches, elbows, knees and kicks are demonstrated along with fundamentals of the heavy bag.Also, learn dynamics of pad work and working with a partner.Approx.58 min