Black Belt – February-March 2017 is digital courses, ebook, digital audio and DVD… not physical product. We will sent a download link lifetime to your email order. Or you can update your courses at “My Downloads“ 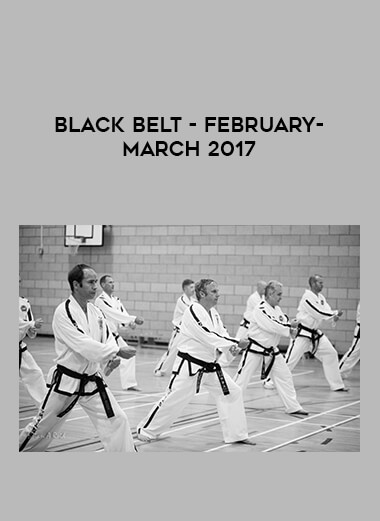 Black Belt tells you everything you need to know about every style of
self-defense in the world! It offers the broadest, most informative
coverage of all aspects of the traditional fighting disciplines that
were developed in Asia, as well as the modern eclectic systems that were
devised in the West.