Paul Minors – The Personal Productivity Toolkit 2.0 $57.00
Back to products
Next product

Bruce Chiu’s Arnis International Arnis Advanced Stick Sparring – Left on Right is digital courses, ebook, digital audio and DVD… not physical product. We will sent a download link lifetime to your email order. Or you can update your courses at “My Downloads“ 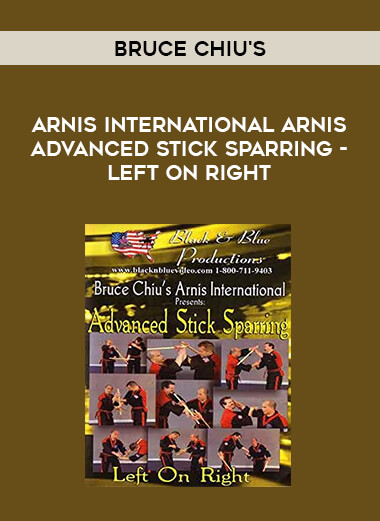 This DVD will cover Advanced Stick Sparring using left against right.
You will learn the 12 basic strikes of Modern Arnis, the blocks, checks
and counters.  Also covered are the Basic 1, 2 and 3 Drills, Sweep
Stroke, Number 7 and 6 Entries, Hand Exchanges, Abanicos, Locks, Traps,
Take Downs, Throws and The Big Circle Technique and Disarms are also
taught. You will then learn how to put it all together with Flow
Sparring Drills.