Yamuna - Foot Fitness $29.00
Back to products
Next product

Cindy Omatsu – Vicious Vixens BJJ Vol.4 is digital courses, ebook, digital audio and DVD… not physical product. We will sent a download link lifetime to your email order. Or you can update your courses at “My Downloads“ 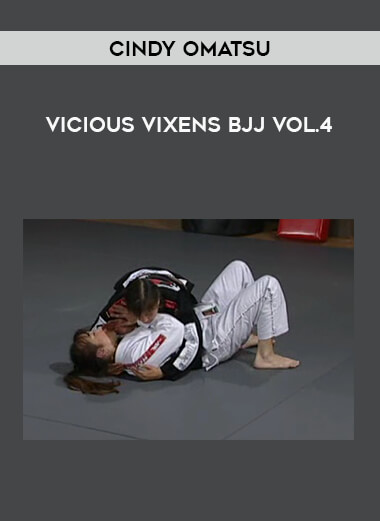 Cindy Omatsu has studied the art of Brazilian Jiu Jitsu for eleven years.
She received her Black Belt under Rigan Machado and Lekka Veira and is the first American woman to receive a black belt in this art.
She is an instructor at the Machado Academy located in Torrance, California.
Four volume titles to choose from.
Only available on DVD.