Astronomy Principles & Practice by A.E.Roy $25.00
Back to products
Next product

Crane & Crane – Aikido In Training Vol 4 is digital courses, ebook, digital audio and DVD… not physical product. We will sent a download link lifetime to your email order. Or you can update your courses at “My Downloads“ 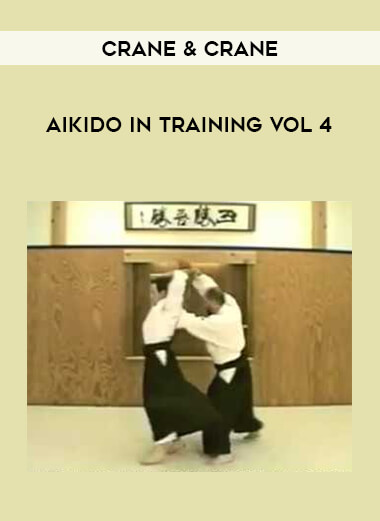 Aikido in Training VHS by Richard and Kathy Crane Aikido in Training,Vol 4 – Aiki-Ken * Kamae* Suburi (Lateral & Advancing Sets)* Ken No Tai-Sabaki* Happo-Undo* Happo-Giri, Roppo-Giri* Suburito-Giri* Awase No-Ken Aikido in Training – Lost TechniquesExpand your knowledge of the foundations of O’Sensei’s Aikido.
Lost Techniques represents a step toward reversing this terrible loss.Focused on techniques which for the most part have been misplaced within the practice of today’s Aikido, Lost Techniques demonstrates their application in order to broaden the viewer’s understanding as to the scope of the Traditional Aikido of Ueshiba Morihei O’Sensei.