Master Class: The E.G.M. Strategy (Lonestocktrader) by Fred $110.00
Back to products
Next product

Damian Ross – Self Defense Training System is digital courses, ebook, digital audio and DVD… not physical product. We will sent a download link lifetime to your email order. Or you can update your courses at “My Downloads“ 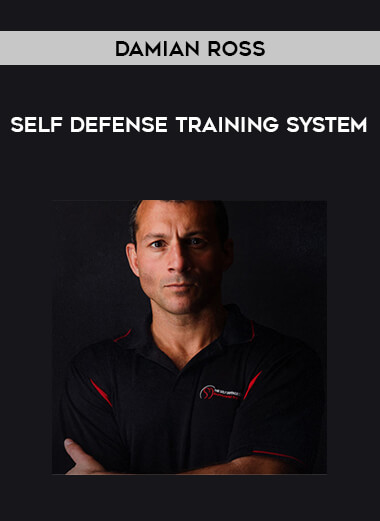 The Self Defense Training System (SDTS) Combatives uses principles of close combat that have been proven over many decades of actual warfare.
The number one principle of the SDTS is offensive, aggressive and ruthless attack, not a defensive mindset.
The SDTS is not a martial arts system; it is a system of realistic and effective close combat based on proven methods that will allow you to gain the tactical advantage as fast as possible using whatever means possible.
This includes unarmed techniques, knife fighting, club and other impact and edged weapons.
The purpose of the SDTS Combatives is to save lives.
Our goal with the Self Defense Training System is to disseminate knowledge to those people who wish to have real, lifesaving fighting skills.
Even though we attract many military, law enforcement, martial artists and people who have experienced violence in their lives, the program is designed so anyone with little or no experience can train successfully.
STDS Combatives is NOT martial arts.
Martial arts are tied to a culture or a sport that are bound by rules and etiquette.
Tae Kwon do is known for its high kicks, karate for its reverse punch, Judo for its throws, Brazilian Jujitsu for its submissions, Muay Thai for its leg kicks and Aikido for its joint locks.
Now imagine each martial art as a brand.
Each of them wants to differentiate itself from the other one by what they do.
Martial arts require you do things a certain “way” in accordance with their style and country of origin.
Even Krav Maga which puts itself out as a combative system still falls to the same trappings of an art form.
Combat sports like MMA, boxing, and wrestling run into the same problem because they’re governed by rules designed for safety.
The goal of these sports is to defeat an opponent of equal size and similar level of skill in a controlled environment.
The goal is not to survive at all costs by whatever means necessary.
Another problem fighters run into is that they get old, injured or sick.
Conditioning plays a huge part in a fighter’s ability to perform.
Now make no mistake, the better physical condition you’re in, the better off you’ll be but there is a point where a minimum level of fitness is satisfactory for self defense.
Keep in mind you’re most likely to be attacked when you’re sick, injured, older or in a perceived weakened state.
So you need a skill set that will enable you to defend yourself when you’re not at your peak.
Make no mistake, you can successfully defend yourself with martial arts and combat sport techniques, a punch is still a punch, but martial arts are too bound by rules and tradition to give you maximum efficiency and effectiveness in the street.
No need to do a jumping spin kick when a good old edge of hand strike will do! Since the Self Defense Training System Combatives is not a martial art driven by rules and style it doesn’t matter how you do it, only that it “gets done”.
SDTS Combatives focuses on one simple goal: your ability to protect yourself and your loved ones.
The SDTS uses any technique or method that will enable you to gain superiority over your target under any possible conditions.
It doesn’t matter if it’s a kick, a gouge, a choke or even pepper spray, it trains you to adapt your current skill set to get the desired result.
As you know, your physical abilities may vary from day to day.
Somedays you’re feeling great, others not so much.
The SDTS Combatives Programs gives you the tools to be able to achieve the “survive and win” result not matter what physical condition you’re in.
The Self Defense Training System begins by preparing you to fight from where most fights begin: two people talking.
In Module 1 you’ll discover how to size up your adversary, take the proper position, distance and line him up for the instant knock out before he knows what hit him! You’ll know how to determine his intentions with 100% certainty before the first punch is even thrown and you will be able to end the fight whenever you choose.
The secret to the SDTS is that it programs you to respond with a specific set of core-power techniques that will cause maximum damage to your target and no injury to you.
You’ll develop those techniques and discover how to apply them to every possible situation.
Then, like a combat pistol expert, you’ll be able to fire your “rounds” from any position, in any situation imaginable.
Once you’ve completed your SDTS training, if you find yourself in a dangerous situation, you will decide when enough is enough and your training will take over.
Like we say it’s “No hesitation, just devastation”.
1.Essential Self Defense
2.Advanced Methods of Striking
3.Ground Fighting for Keepers
4.Defence against Mugs and Holds
5.Escape and Evasion Techniques
6.Body Conditioning
7.Combat Physical Training
8.Weapons Defense
9.Weapons Offensive Tactics – Knife and Club
10.Combat Throws and Take Downs
11.Old School Weapons and Tactics
12.Quick Killing and Deadly Finishing Techniques

$49.00
Compare
Add to wishlist
Start typing to see products you are looking for.