Video - The Art of Negotiating the Best Deal $69.90
Back to products
Next product

Dan Henderson- Learn to Fight and Win Vol.6: The Fight Clinic is digital courses, ebook, digital audio and DVD… not physical product. We will sent a download link lifetime to your email order. Or you can update your courses at “My Downloads“ 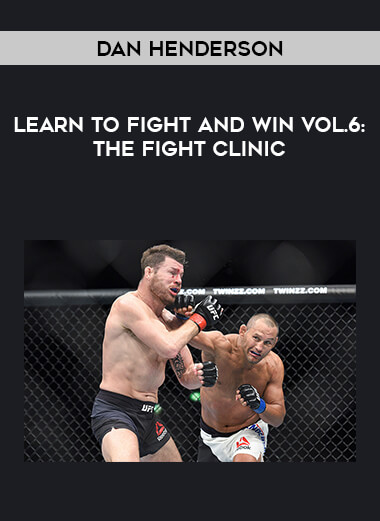 Vol 6: The Fight Clinic – Fight clips, commentary, interview, and training tips.
Includes Henderson’s five key skills and techniques that will help you fight like a champion: controlling on top, working for submissions, the clinch, take downs, chokes, and head control.

Be the first to review “Dan Henderson- Learn to Fight and Win Vol.6: The Fight Clinic” Cancel reply
Shipping & Delivery