Aaron Ward - Instagram Masterminds $42.00
Back to products
Next product

Discovery Channel – Myths and Logic of Shaolin Kung Fu is digital courses, ebook, digital audio and DVD… not physical product. We will sent a download link lifetime to your email order. Or you can update your courses at “My Downloads“ 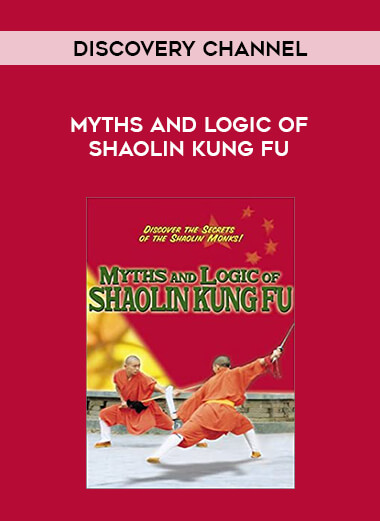 The language of the narration in the video is English.
Explore the world of Shaolin Kung Fu, considered the original — and best — of all kung fu fighting styles.
Providing a history of the art form as well as an examination of the incredible physical prowess required, the film features footage of some of the most skilled Shaolin monks demonstrating the intricacies of the fighting style.11 of 13 people found the following review helpful:5.0 out of 5 stars A Great Look Inside The Shaolin Temple!, October 15, 2005By Walter Morton “the happy contrarian” (Venice, CA, United States) – See all my reviews(REAL NAME) This review is from: Myths and Logic of Shaolin Kung Fu (DVD)Suitable for viewing by beginners and advanced martial artists alike.
The producers definitely got a look inside the temple and the training that goes on there — a look that is rarely given to outsiders.
While this well-produced documentary gives a brief and skimpy outline of the history of Shaolin & martial arts in China, what it does best is show what the current state of training is like at the temple.
Typically, boys enter the temple training at age 4 or 5 and within 5 years of training (at the most flexible, adaptable age) are already incredibly skilled.
Also clear is the Chinese professional sports approach — also adopted in their olympic and other sports programs — of starting with thousands of applicants and winnowing it down to the best performers.
From this DVD you get a good look at basic training, and could even try to learn some of the basic forms (which are presented VERY quickly) of Shaolin, which are difficult to find from authentic sources elsewhere.
Fun to watch, well done, and a good martial arts documentary.
12 of 18 people found the following review helpful:4.0 out of 5 stars Great Documentary on Shaolin, August 25, 2004By Myrick (Silver Spring, MD) – See all my reviewsThis review is from: Myths and Logic of Shaolin Kung Fu (DVD)One of the best documentaries I have seen on the shaolin temple and the shaolin life style.
This documentary touches on the art of kung fu as well as chi gung and chi.
Great DVD.2 of 4 people found the following review helpful:5.
0 out of 5 stars The Magic and Wonder of Shao Lin Kung Fu, February 27, 2009By Jusuf Hariman (Australia) – See all my reviews(VINE VOICE) (REAL NAME) Amazon Verified Purchase(What’s this?)This review is from: Myths and Logic of Shaolin Kung Fu (DVD)I am an Indonesian born Chinese (my chinese name is Liem Som Hay).
I was born on 6 September 1954.
At the age of 13 I commenced my training in Wu Tang Kung Fu and Ju Jit Su.
By the time I migrated to Australia, I had become a senior instructor of that Kung Fu School and a black belt in Ju Jit Su.
In Indonesia, Kung Fu, or Kun Tao, as it is called there, is held is bad-esteemed.
It is regarded as inferior to Judo, Karate and Ju Jit Su.
In large part, this is the fault of the Kun Tao’s masters themselves.
They only accept chinese students and they bring their most lethal tactics to their grave.
On account of all these I am delighted to see “Myths and Logic of Shao Lin Kung Fu”.
The presentation is excellent.
I have watched it three times and want to watch it again and again.
Incidentally, Wu Tang Kung Fu is derived from Shao Lin Kung Fu.
It was founded by a priest with the name of Chan San Feng, the founder of Tai Chi Chuan.
Thus, I can still see many of the similarities.
If you find this movie delightful you might order from Amazon.
com: (1).This is Kung Fu; and (2).Dragons of the Orient.
You will experience very many hours of pure joy.