FAVELA JIU JITSU VOL 8 – CLOSED GUARD AND SPIDER GUARD SWEEPS BY FERNANDO TERERE is digital courses, ebook, digital audio and DVD… not physical product. We will sent a download link lifetime to your email order. Or you can update your courses at “My Downloads“ 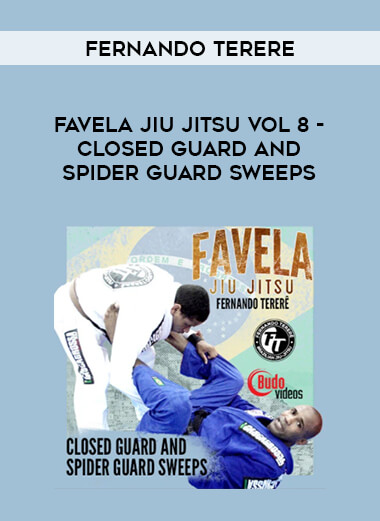 Fernando Terere – one of the most talented instructors and competitors the BJJ world has ever seen – is back.
This time he shares with you all of his best sweeps.

These are the same competition-tested sweeps that he taught to his students Andre Galvao, Cobrinha, and Michael Langhi.

On this instructional, we dive deep with 13 chapters devoted strictly to ways to put your opponent on his back from closed guard and spider guard.