Crypto Trading Bootcamp for Beginners in 2020 $29.00
Back to products
Next product

Infinite Jiu-jitsu 5: Top Mount Finishes, Half Guard Passes and Hook Flips DVD by Carlos Machado is digital courses, ebook, digital audio and DVD… not physical product. We will sent a download link lifetime to your email order. Or you can update your courses at “My Downloads“ 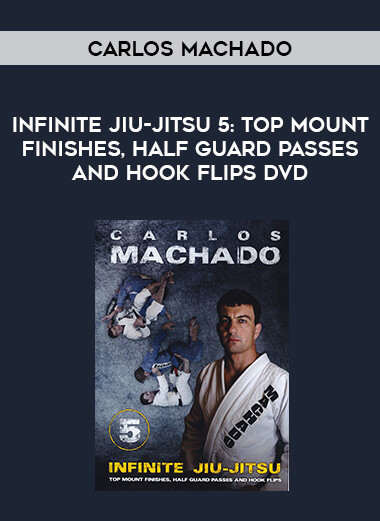 The top mount and the half guard are common situations
after a reversal. In this set Carlos Machado will go over the techniques
that matter when one ends up there. Through chokes and armbar set ups
from the mount to powerful half guard passes, students will learn how to
follow up after a successful reversal or submission attempt from the
guard. The session will be completed with a series of hook flip
reversals. Some of the techniques you will see during this lesson are:

* How to keep the mount
* How to set up chokes
* Powerful key locks
* The double attack
* Counter to hook on the shin
* The “Perosh Flip”
* Hook flip against the sprawl
70 min.