Michael Carroll - Close That Sale $42.00
Back to products
Next product

Kali, Jun Fan, Jeet Kune Do Sectoring DVD by Steve Grody Wing Chun Kung Fu is digital courses, ebook, digital audio and DVD… not physical product. We will sent a download link lifetime to your email order. Or you can update your courses at “My Downloads“ 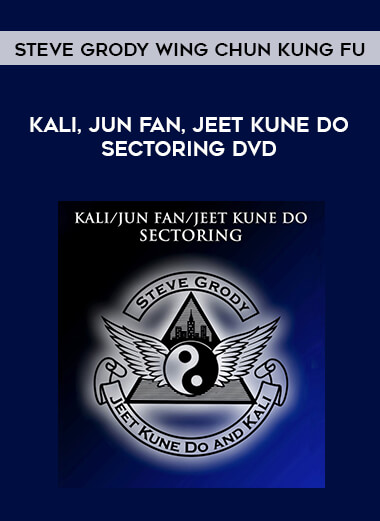 This auction is for a DVD seton Jun Fan JKD
(Jeet Kune Do) Sectoring by Steve Grody. Seve Grody Studied Jun Fan –
Jeet Kune Do under Dan Inosanto for 13 Years Format: NTSC Region: All
Regions Language: English Kali/Jun Fan/Jeet Kune Do Sectoring DVD There
are many systems that use elements of what we are calling “sectoring,”
also known in JKD as “time-hits,” (simultaneous counter-strikes). For
the first time, sectoring is being presented here as autonomous body of
knowledge beyond mere “entry” moves. This includes the
inter-relationships of possible time-hits and how those choices are made
moment to moment. Sectors are also shown as a back-up for other tactics
such as trapping and joint locking. These skills cross the boundaries
of JKD and Kali.