Safe, Legal Street Hypnosis from Jonathan Royle $72.00
Back to products
Next product

Chair Work Yoga Fitness and Stretching at Your Desk $42.00

ROMULO BARRAL’S SPIDER GUARD SECRETS VOL. 3 is digital courses, ebook, digital audio and DVD… not physical product. We will sent a download link lifetime to your email order. Or you can update your courses at “My Downloads“ 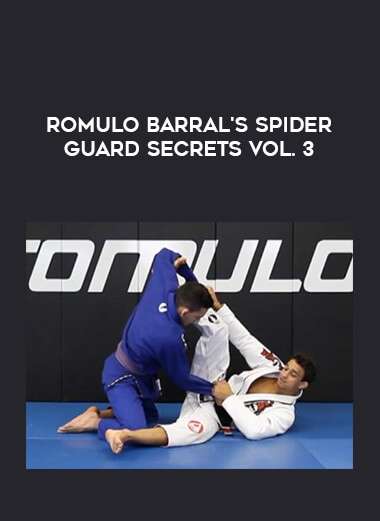 The Spider Guard that brings nightmares is now on Digitsu! Legendary BJJ practitioner Romulo Barral walks you through his open guard system!

Section 6: Double Under Guard – Now your opponent has managed to get you into a double under position. He thinks he has you beat for the pass. Just wait. Frustrate your opponents with impassable double under defense, or surprise them with sweeps, armlocks, and sneaky triangles.

Section 7: Double Grip Lasso Leg Guard – In our final spider guard series, you have your opponent totally locked down with double sleeve grips and the lasso leg. Now be relentless with your attacks. Finish him off with more sweeps and submissions, and make your opponent regret the day he ever played with your deadly spider guard game.