Commercial Capital Structure Modeler $52.00
Back to products
Next product

Sammy Franco – War Blade Knife Fighting is digital courses, ebook, digital audio and DVD… not physical product. We will sent a download link lifetime to your email order. Or you can update your courses at “My Downloads“ 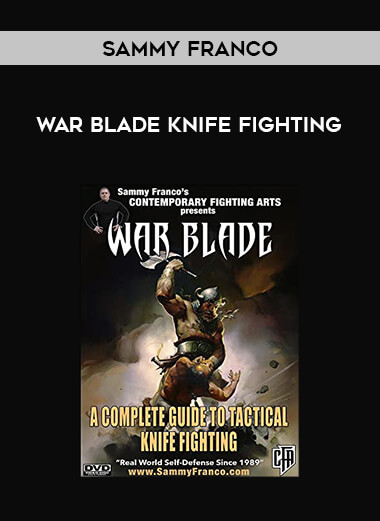 In this revolutionary War Blade Program, self-defense expert Sammy Franco takes you step by step through the process of mastering knife fighting for personal protection.

Here, Mr. Franco gives you the comprehensive knowledge, skills, and attitude necessary to get you home alive and in one piece. This “reality based” knife fighting program dispels the common myths and misinformation about knife fighting and reveals the secrets of why tactical folding knives are the ultimate close quarter weapon. You don’t need previous martial arts or self-defense training to learn the skills and techniques in his knife fighting program!

War Blade: A Complete Guide to Tactical Knife Fighting is highly recommended for members of the military, law enforcement personnel and law abiding citizens faced with a life and death self-defense situation! If you really want to learn knife fighting for personal self protection, then this DVD program is for you!

Attention! This program is for informational purposes only!