Cisco ASA Firewall in 12 days $15.00
Back to products
Next product

Sylvio Behring Brazilian Jiu Jitsu Progressive System Volume 3 is digital courses, ebook, digital audio and DVD… not physical product. We will sent a download link lifetime to your email order. Or you can update your courses at “My Downloads“ 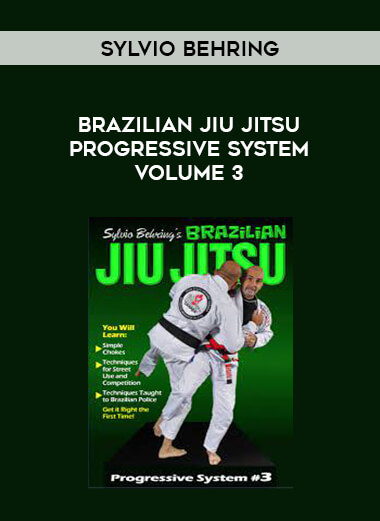 Master Sylvio Behring teaches his Brazilian Progressive Jiu Jitsu
System in an easy to follow system that makes total sense for beginners
to advanced.distancing, You will learn throwing techniques, escapes from
holds, a wide variety of choke holds and lots more that will make a
huge difference in your Jiu Jitsu both on the matt and in the streets.
many of these techniques are taught to his Military and Police students i
n Brazil where he is considered the Big Dog now of Jiu Jitsu.