Sylvio Behring Brazilian Jiu Jitsu Progressive System Volume 5 is digital courses, ebook, digital audio and DVD… not physical product. We will sent a download link lifetime to your email order. Or you can update your courses at “My Downloads“ 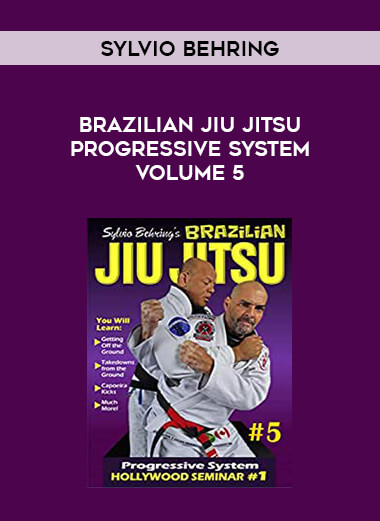 This is the first Hollywood Brazilian Jiu Jitsu Progressive System seminar. A fabulous DVD featuring 8th Dan Master Sylvio Behring from Rio De Janeiro in which he teaches self defense from the ground including things like how to get up properly how to defend against kicks, takedowns, blocking, attacking and lots more. Learn from the master himself as if he was in your own home giving you a private lesson.