Tiger Claw Kung Fu Series (Vol 1 to 7) – Master Tak Wah Eng is digital courses, ebook, digital audio and DVD… not physical product. We will sent a download link lifetime to your email order. Or you can update your courses at “My Downloads“ 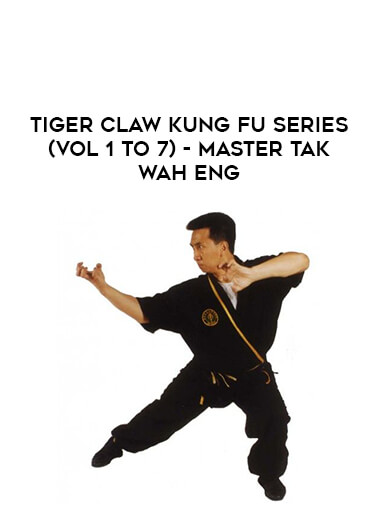 The true origin of TIGER CLAW (Fu Jow Pai) is shrouded in mystery. It is written that about 110 years ago two kung fu instructors met in the courtyard of Hoy Hong Temple to fight a duel. Before either of them could inflict injury, they were thrown apart by an elderly monk who invited them into the temple to discuss their dispute. Astounded by the old monk’s power they forgot their differences and asked to be the monk’s students.
One of the men, Wong Bil Hong, was taught the Hark Fu Moon (Black Tiger) system. The style was brought to New York by his nephew, Wong Moon Toy, who was the instructor of Grandmaster Wai Hong.
Master Tak Wah Eng has studied and taught Tiger Claw for over 20 years. The hit T.V. series”Vanishing Son” featured Tiger Claw and the star, Russell Wong, is a student of Master Tak Wah Eng. Master Eng frequently appeared on the show. Master Eng has written several books on Tiger Claw and markets his own brand of Chinese herbal liniments and formulas. Master Eng is currently teaching in N.Y. and Los Angeles.

$46.00
Compare
Add to wishlist
Start typing to see products you are looking for.