Unarmed – The Other Hand – Boxing Outside the Think by Hock Hochheim is digital courses, ebook, digital audio and DVD… not physical product. We will sent a download link lifetime to your email order. Or you can update your courses at “My Downloads“ 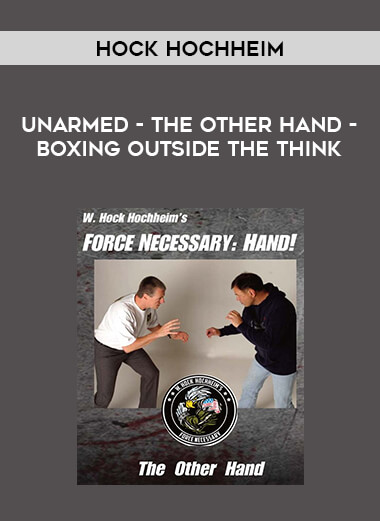 Salepage: Unarmed – The Other Hand – Boxing Outside the Think by Hock Hochheim

You have invaded in. Entered. You’ve dealt with the enemy’s lead arm and hand, but what about the other limb? The other hand? Is it ready to blast you or actually blasting you? Is it covering his head or is it elsewhere? These methods come from Hock’s four decades of study in military combatives, Police Judo, Karate, Jujitsu, Filipino Mano Mano and Silats, from Wing Chun, JKD, Bare-Knuckle Boxing, Thai Boxing and Kick Boxing. In the English-speaking world, we are all familiar with the phrase, “Thinking Outside the Box.” This is “Boxing Outside the Think.” This is bare-knuckle, “reality,” dirty boxing, packed with ideas and methods from all important, core systems.
Learn these tactics, exercises, scenarios and skills: