A Yoga Practice for Healing Emotional Trauma by Mary NurrieStearns $19.00

Wrestling by E C Gallagher is digital courses, ebook, digital audio and DVD… not physical product. We will sent a download link lifetime to your email order. Or you can update your courses at “My Downloads“ 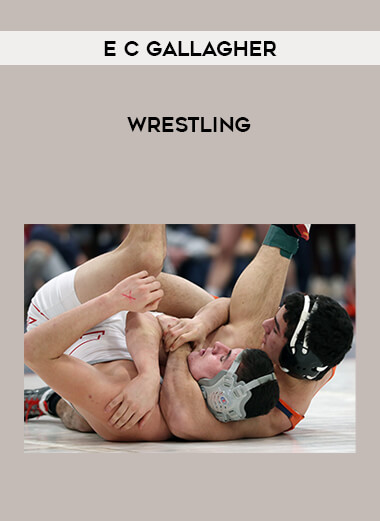 Edward C. Gallagher is credited with practically reinventing modern
amateur wrestling in the first quarter of the 20th Century. A natural
athlete with a degree in electrical engineering, he turned his logical
mind to wrestling in 1916 as Director of Athletics for Oklahoma State.
Claiming a knowledge of more than 400 wrestling moves, he instantly
produced a winning team claiming 138 wins with only 5 losses the first
year. His simply titled wrestling manual was considered the zenith of
collegiate level wrestling books for decades. Faithfully transcribed
from the original by Kirk Lawson and boasting a massive library of 148
photos reproduced with digital precision, ÒWrestlingÓ by E. C. Gallagher
is a must for martial artists, wrestling historians, and devotees of
the sport.