Greg Nelson Clinch Volume 3 $19.00
Back to products
Next product

Wrestling for Fighting – The Natural Way is digital courses, ebook, digital audio and DVD… not physical product. We will sent a download link lifetime to your email order. Or you can update your courses at “My Downloads“ 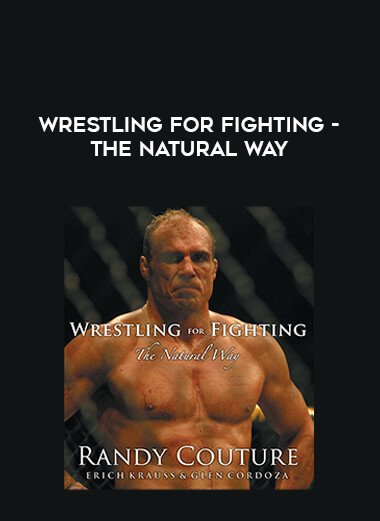 � Couture – Wrestling for Fighting:  The Natural WayRandy
�The Natural

� Couture is the most respected and celebrated MMA
combatant in the history of the UFC. A UFC Heavyweight and Light
Heavyweight World Champion, and a UFC Hall of Famer, Randy Couture

�s
reputation and fighting style are among the best in the world.

Now, with Wrestling for Fighting: The Sport of Mixed Martial Arts,
Couture presents the techniques and strategies that allowed him to
devastate the world

�s best strikers and grapplers time and time again.
His unique fighting system, a mix of martial arts, wrestling, boxing and
jiu-jitsu, is broken down clearly and concisely for amateurs and
seasoned veterans alike. Couture also includes important information on
creating fight game plans, and a variety of training tips you won

� Couture – Wrestling for Fighting DVDJoin
Randy Couture and Ryan Couture as they take you step-by-step through
over 40 MMA techniques guaranteed to improve your fight game.Whether
you’re a traditional wrestler looking to make the transition to MMA, or
a seasoned fighter ready to sharpen your skills in the ring – this
video is made for you! This video takes technique training to
another level with ANGLES ON DEMAND which allows you the viewer to watch
a techniques from four (4) unique camera angles!

52 Simple Ways to Manage Your Money by Judith A.Martindale